HOW CAYENNE PEPPER CAN PREVENT STROKES AND HEART ATTACKS

THIS ARTICLE IS COPYRIGHTED FOR NIGELLASATIVACENTER.COM.  ALL RIGHTS RESERVED.
Written by Angela Mae Batuto, RN
THIS ARTICLE CONTAINS AFFILIATE LINKS I RECOMMEND.  PLEASE SEE OUR DISCLOSURE POLICY.
In many different parts of the world, the medicinal benefits of cayenne pepper are widely recognized. In fact, there are more than three thousand studies on the health benefits of capsaicin, the active compound of cayenne, and cayenne pepper.
Dr. John Christopher[1], one of America’s foremost herbalists, has personally testified the beneficial effects of cayenne pepper against cardiovascular diseases, high blood pressure, menstrual cramps and ulcers.

Cayenne pepper offers many different benefits to prevent one of the most leading causes of death throughout the world – heart disease and stroke.

What exactly are Cayenne and Capsaicin?

Cayenne peppers[2](Capsicum annuum) are a close relative of bell peppers and jalapeño peppers. They are thin, red, mild-smelling pepper but with a powerful, fiery punch. They are staple in Mexican, Southwestern American, Creole and Cajun cooking and are usually dried and powdered to make a ground spice for seasoning.

Capsaicin is the active ingredient in cayenne peppers, giving the powder its distinct spiciness. This chemical compound is the key component of chili peppers, which belong to the genus Capsicum.

Capsaicin doesn’t contain any dietary calories or nutrients. It can be found in all parts of the pepper except the seeds. The highest concentration of capsaicin can be found in the pepper’s inner wall, the part where the seeds stick. Capsaicin is known for its pain-modulating quality, both topically and internally; as a weight loss aid, as an anti-inflammatory agent and for its anti-cancer quality.
Cayenne Can Stop Heart Attack

Capsaicin is a resin-like compound that is known for its thermogenic properties – which means it increases body temperature and is perhaps the greatest natural stimulant known. It does not cause jitters, palpitations, increase in blood pressure and hyperactivity that most conventional stimulants cause.

One of the most notable recognition that cayenne gained has been its ability to stop a stroke or heart attack(3). Dr. Christopher testified, ‘In 35 years of practice, and working with the people and teaching, I have never on house calls lost one heart attack patient and the reason is, whenever I go in--if they are still breathing--I pour down them a cup of cayenne tea (a teaspoon of cayenne in a cup of hot water, and within minutes they are up and around)’.

Dr. Richard Anderson, the author of ‘Cleanse and Purify Thyself’ told that one of his friend doctor rushed to the parking lot to rescue a man who had a heart attack inside his car. The doctor administered cayenne tincture directly to the victim’s mouth and after several minutes, his heart started beating again.

The capsaicin in cayenne pepper is unparalleled in its ability to reignite the heart and boost circulation. It has an exceptional ability to improve cardiovascular performance while lowering blood pressure.

Dr. Christopher told that cayenne tea, which is simply a cup of hot water added with one teaspoon cayenne powder, is one of the fastest-acting aids that you can feed the heart in case of heart attack. The warm tea works faster than capsules, tablets or cold tea because the heat opens up the cells, making them expand so cayenne can reach the heart faster.
Capsaicin can Help Reduce Chronic Inflammation

Cayenne pepper is a popular anti-inflammatory herb. Chronic inflammation affects majority of the population because of environmental toxins, poor diet, chronic elevation of cortisol or stress hormone and other factors.

The active component capsaicin present in cayenne pepper may help reduce the effect or prevent atherosclerosis or clogged arteries by regulating inflammation. Chronic inflammation triggers and pushes the development of atherosclerosis by encouraging fatty deposits in the arteries.

A 2013 study revealed that capsaicin prevents mast cells – inflammatory cells that have been found to be highly prominent in many inflammatory diseases such as asthma and allergies. Hence, taking plenty of cayenne pepper can be an effective way to reduce inflammation of the body.

Also, cayenne pepper is rich in Vitamin A, which helps in reducing inflammation with its antioxidant effect. This herb is a potent antioxidant that may help reduce oxidative damaged from free radicals. Such damage is one of the top causes of inflammation.
How Chronic Inflammation Causes Atherosclerosis and Blood Clots

The body initiates an attack together with the white blood cells, resulting to swelling and redness to kill the germs or eliminate the pathogen causing harm to the body. In a similar way for the cardiovascular system, high level of bad cholesterol, cigarette smoking and high blood pressure can ‘harm’ the heart and the blood vessels.

Based on the clinical presentation in many forms of stroke and heart attack, it appears that the most common culprit is the accumulation of cholesterol-rich, fatty plaque in arterial walls.

Our body sees this plaque as foreign and abnormal – something that does not belong to a healthy artery. As a natural response, the body tries to separate the plaque from the circulating blood. In some cases, the plaque may burst and its content can mix with blood, triggering a formation of blood clot.

Plaques and blood clots lead to most types of strokes and heart attacks(4), if the blood clot blocks blood flow to the brain or the heart.
Cayenne Capsules to Prevent Blood Clot

Cayenne pepper’s active component capsaicin has been proven to have blood-thinning effect. In a study[5], it has been proven that the use of capsaicin may lower thromboembolism without affecting platelets.  Aside from thinning the blood, it can help improve blood flow and lower blood pressure.
How to Use Cayenne Pepper Pills
Cayenne pills or capsules are a convenient form of taking cayenne. It can easily be kept inside your purse while traveling. If you find it hard to drink the cayenne tea because of the taste, it is fine to use cayenne capsules.

However, when buying cayenne supplement, be sure the capsules are 100% vegetable based. Stay away from gelatin capsules as gelatin is made from animal parts such as bones, skin, ligaments etc.

Dr. Christopher’s Cayenne Capsule is a tested brand that you can trust to enjoy the astonishing benefits of this spice.  I keep these in my purse.  You never know when a stroke or heart attack will happen.  Be on guard.
Which Cayenne Pepper Do I Use?
I highly recommend this cayenne pepper from Starwest Botanicals.    This cayenne has saved my life from multiple strokes and I owe them my life.  Dr. Christopher told of how he treated so many patients and never lost one when treating them with cayenne pepper.  While he mainly talked about heart attack patients, we now know that this will stop a stroke in its tracks.
References
(1) http://www.herballegacy.com/Cayenne.html
[2] Medical News Today. The health benefits of cayenne pepper. https://www.medicalnewstoday.com/articles/267248.php
[3] 3 WeekMD. Cayenne for Heart Attacks and Strokes. http://weeksmd.com/2015/06/cayenne-for-heart-attacks-and-strokes/
[4] American Heart Association. Inflammation and Heart Disease. http://www.heart.org/HEARTORG/Conditions/Inflammation-and-Heart-Disease_UCM_432150_Article.jsp#.WszTM3-_PIU
[5] Medline Plus. Blood Thinners. https://medlineplus.gov/bloodthinners.html
[6]Jolayemi Adebayo Taiwo Ezekiel, Ojewole John AkanniOluwole. Effects of Capsaicin on Coagulation: Will t
his be the New Blood Thinner. Clinical Medicine Research. Vol. 3, No. 5, 2014, pp. 145-149. doi: 10.11648/j.c
mr.20140305.17 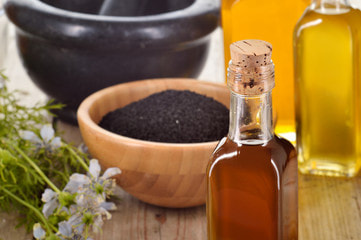 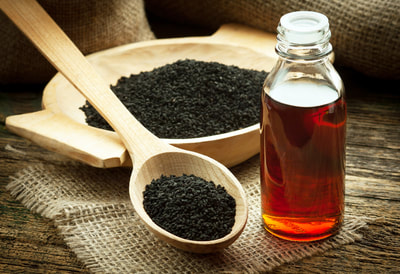 MAIN DOSAGE PAGE WITH 50 OR MORE 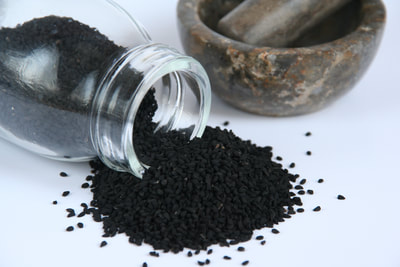 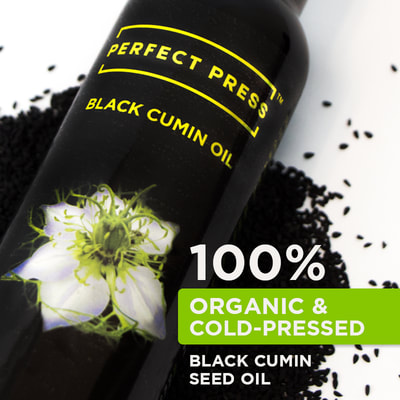 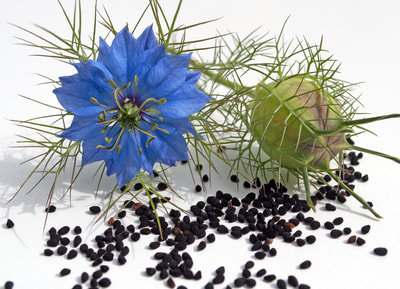 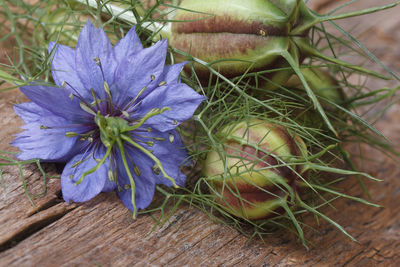 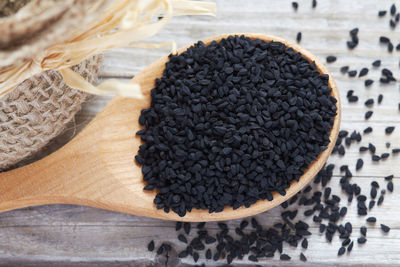 CAN YOU CURE HERPES WITH BLACK SEED OIL 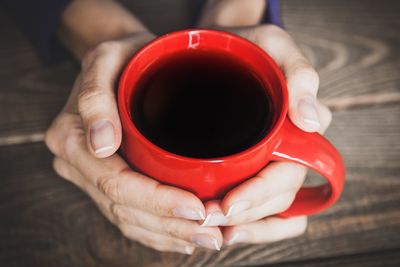 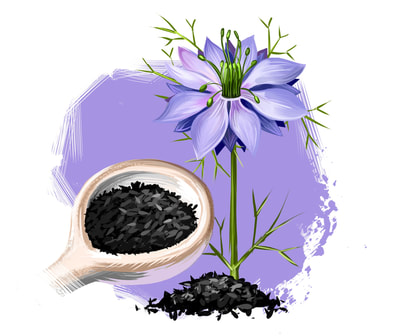 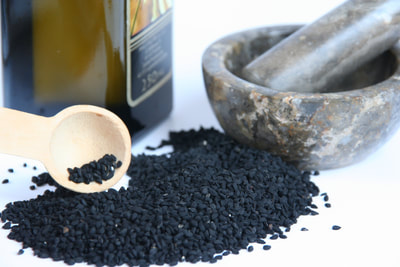 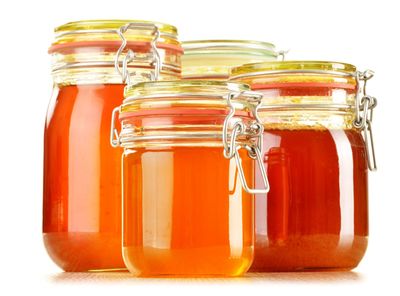 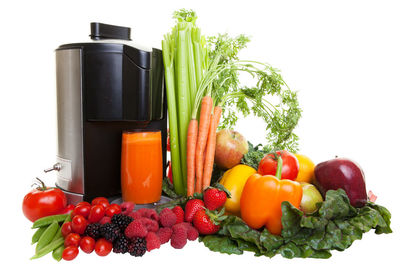