WRITTEN BY DR. NITA SHARMA NAS - SEE MORE ARTICLES HERE
THIS ARTICLE IS COPYWRITTEN FOR NIGELLA--SATIVA.COM ONLY.  ALL RIGHTS RESERVED.
THIS ARTICLE CONTAINS AFFILIATE LINKS TO PRODUCTS WE RECOMMEND.  PLEASE READ OUR NEW PRIVACY POLICY.
investigating the traditional remedial resources to find out the novel and effective treatments for Alzheimer's disease. [2]

Herbal supplements are one of the most popular complementary treatments in the United States. According to the study report, almost 82 percent of Americans would like to try herbal medicines in terminally ill conditions. [3]

One of the primary reason for increasing prevalence is due to the improvement in the survival rate of aging people. [5] The fact sheet also mentions that one American is affected by Alzheimer's disease in every 65 seconds, and it has become the 6th major cause of mortality in the USA.

Alzheimer's disease is a non-curable condition and is progressive in nature which requires palliative care for the affected individuals. In the USA, an individual having Alzheimer's disease pay approximately $341,840 for his/her healthcare purpose. This cost burden negatively affects the whole nation.

Alzheimer's disease is an outcome of aging. Like any other organs, the interiors of the brain is also changing with increasing age. Most of the elderly people have occasional memory loss due to the lack of support from the memory house of brain (hippocampus).

The patients with Alzheimer's disease have chronic difficulty to remember things due to permanent memory loss. They also have confusion, mental clouding and lacks other essential brain functioning which interferes with their mental and physiological functioning. Following are some typical symptoms of Alzheimer's disease:

•    At initial period, patients find difficult to remember newly learned things
•    Prominent symptoms of disorientation, mood swing, and behavioral changes are common, and they get confused with simple things including time, place, direction etc.
•    Suspicious behavior can be observed towards known persons, including family members, caregivers, and friends.
•    Alzheimer's disease is a progressive disease and the condition worsens with time. The patients have complete memory loss, dementia, and even difficulty to speak, swallow and walk. [4] 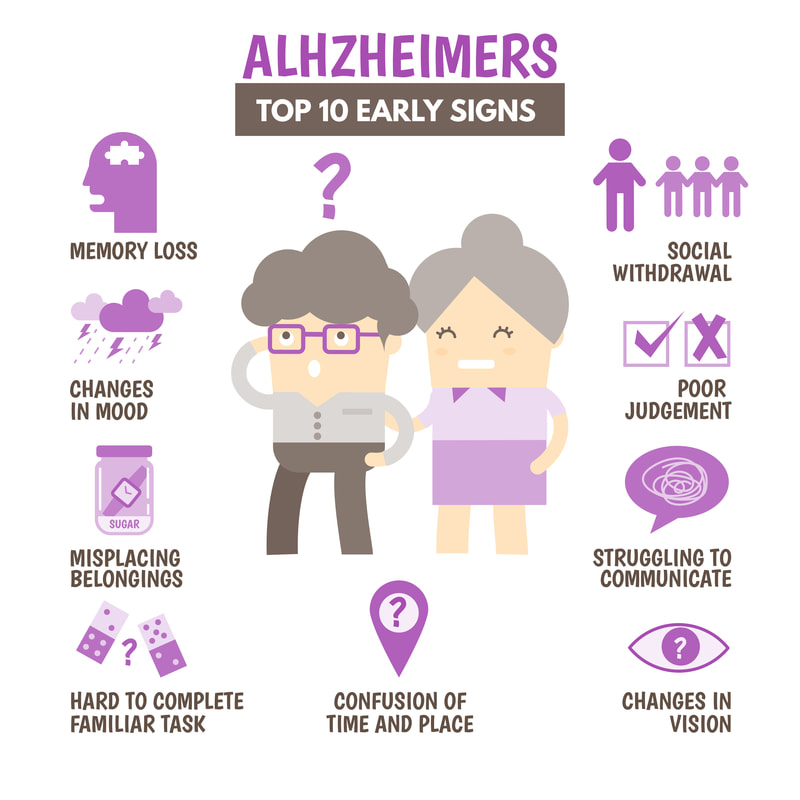 What are the changes in the brain associated with Alzheimer's disease?

The brain is a neuronal structure made up of 100 billion nerves, which are connected with each other and other communicating networks. These nerve cells have a different functioning, some are involved in learning, thinking, and memorizing things, while some are helping in the hearing, smelling, and visualizing things.

Brain cells receive signals, store information and correspond accordingly with other organs and to continue this work, the brain requires a huge supply of oxygen.

The Alzheimer's disease affects some definite brain parts and damages some neurons. The gradual spreading causes neurodegenerative irreversible brain damage. Plaque formation and growth of tangles are the two main factors that are responsible to damage brain neurons.

The actual role of plaques and tangles in development of Alzheimer's disease is still not fully understood. However, they hamper the exchange between the brain and other organs and disrupt normal brain functioning which further leads to brain cell death.

The exposure to environmental toxins at the early or mid-age increases the risk of neurodegeneration and causes the onset of Alzheimer's disease. [6] This is one of the primary reason for increasing prevalence of Alzheimer's disease. Black seed or Nigella sativa has protective effects against neurodegeneration in the hippocampus, frontal cortex, and brain stem even in exposure to environmental toxins.

Animal study report showed that exposure to toluene, which causes neurodegeneration in the brain tissue can be protected by administering Black seed. The Black seed and its active constituent Thymoquinone, have the capacity to protect an individual from environmental toxin-induced neurodegeneration.  [7]
Anti-Alzheimer effect

Aggregation of the 4.2-kD amyloid beta peptide, in the CNS (central nervous system), is responsible for plaque formation and brain atrophy in Alzheimer's disease.

Black seed possesses very powerful anti-oxidant property which also supports to alter the pathophysiology associated with Alzheimer's disease. The amyloid beta peptide is not only responsible for synaptic plaque formation, but also increases the free radical generation which causes hippocampus (an important brain part) damage and ischemia in the brain tissue.

The antioxidant effect of Black seed inhibits the free radical generation and significantly decreases free radicals activities in the hippocampal tissue. These effects are scientifically proved. An animal research showed that pre-treatment with Black seed supplementation, which is a rich source of Thymoquinone, can able to provide all these benefits in the experimental group. [7]

The strong antioxidant property of Black seed protects hippocampal neurodegeneration and modulate memory power, attention, and cognitive ability in patients suffering from the cerebral ischemic condition, as in Alzheimer's disease. [8]

A recent research study indicates that the co-encapsulation of Nigella sativa oil and plasmid DNA added to the gene delivery carrier can enhance treatment benefits for Alzheimer’s disease. This study shows a new scope for therapeutic application of Black seed oil in Alzheimer’s disease treatment. [13]

WHICH BLACK SEED OIL DO I RECOMMEND?
The only black seed oil I recommend for Alzheimer's Disease is Perfect Press Black Cumin Seed Oil.  You can purchase it here.  They ship worldwide and have a distribution center in Denver, Colorado, for US residents.
ALTERNATIVE REMEDY
While you may not agree or understand this but one of my relatives was diagnosed with Alzheimer's Disease.  The doctor told her all meds had so many side effects and basically sent her home to die.  I researched on Curezone and found a doctor who had a very cheap protocol on a completely natural diet.  The other requirement was remove all gas appliances out of the home.  So she removed all gas heaters, water heaters and cook tops out of the home and replaced them with electric appliances.  In just two weeks she was completely recovered, had her voice back, comprehension and memory.

One of the best remedies for memory is to put 1/2 cup of goat yogurt in a jar with 2 dates (it can be dried), 1 tablespoon of olive oil, 1/2 cup of water and a sprig of rosemary.  You can use dried rosemary if fresh is not available.  Leave in the refrigerator over night.  The next morning add in 1/2 tablespoon of Perfect Press Black Seed Oil, remove the stem from the rosemary and grind all in a blender. Drink this first thing in the morning. 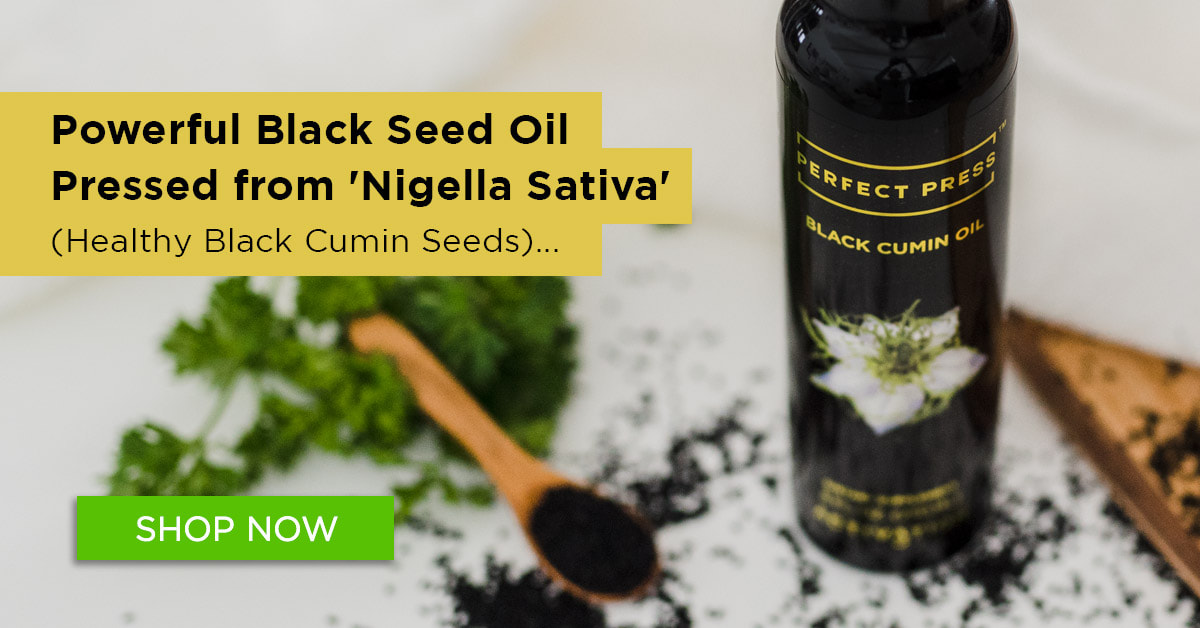