Why Every PCOS Sufferer Should be Using Nigella Sativa

What is Polycystic ovary syndrome (PCOS)?

According to Healthline.com , " Women with PCOS typically have multiple cysts in their ovaries, caused by an overproduction of hormones called androgens."

Around 50 percentTrusted Source of women with the disorder are overweight or obese. Common symptoms include: acne. hirsutism (excessive hairiness), male pattern baldness

Women with PCOS, particularly when its symptoms are not managed, may also be at greater risk for: heart disease, endometrial cancer,
diabetes,  high blood pressure.

Many women with PCOS find they’re able to manage their symptoms and reduce their risk of other medical concerns by controlling their diet and lifestyle choices.

BEST DIET
According to the Mayo Clinic the Dash diet is proven to be best with anti-inflammatory foods, fish, fruits and high fiber vegetables.  Spices such as black cumin, turmeric and night shade vegetables.

I suggest a vegetarian or vegan diet as being the best.  But remember many vegan and vegetarian foods are not healthy and be aware of some of the recipes on the internet.

How do you treat Polycystic Ovary Syndrome (PCOS)?

Treatment of Polycystic ovary syndrome (PCOS) varies according to the symptoms it shows. To regulate the normal menstrual cycle, your doctor may recommend progestin therapy and birth control pills that contain both estrogen and progesterone to suppress the production of androgen hormone.

The ovulation can be synchronized by administrating synthetic medications like clomiphene, letrozole, metformin, gonadotropin, etc. According to the U.S. Food and Drug Administration (FDA), metformin was used first in PCOS treatment as an insulin-sensitizing drug.

Excessive androgen sometimes results in excessive hair growth that can be controlled by birth control pill, spironolactone, or electrolysis.
But these medications have some side-effects. That's why we need a safer agent with minimum risks, and that will not exert any side-effect for the long-term during treatment.

Side Effects of Standard PCOS Treatments

Possible side effects of recommended medication "metformin" include vomiting, nausea, severe colic, anorexia, and diarrhea: Letrozole, a breast cancer medication widely used in this condition without having any license to treat PCOS. There might be a risk of multiple pregnancies because of the over-stimulation of ovaries after using gonadotropin hormones.

Based on these conventional synthetic medications' possible side-effects, researchers are working to develop a natural treatment that has lesser or no side-effects and can be widely used as an alternative to standard treatment. That's why we will discuss the Nigella sativa throughout this article.

How to Reverse PCOS by Using Nigella Sativa 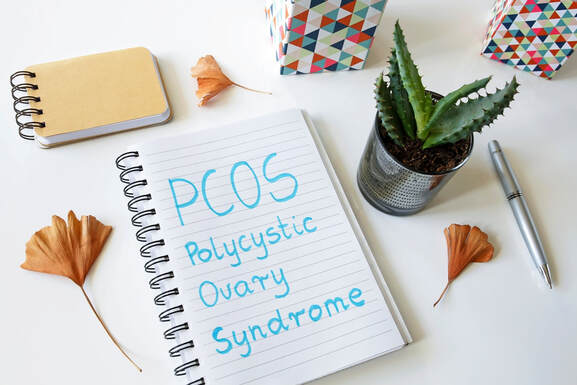 Besides this, it also a rich source of fatty acids like stearic acid, lauric acid, palmitic acid, etc. It’s regarded as the greatest form of medicine in Islam. Prophet Muhammad (peace be upon him) stated that the black seed could heal every disease except death.

Several studies suggest that Nigella sativa can play a functional role in reversing the effect of PCOS. Its active constituent, thymoquinone, exerts protective effects on the reproductive system and has an anti-diabetic properties1.

Summarizing this study's information, it can be said that the administration of Nigella sativa extract and the honey combination can decrease the blood insulin, glucose, LDL-C, TG, and TC level. Thus, this study shows how Nigella sativa improves the blood lipid profile and insulin sensitivity in patients with PCOS2.

A clinical study published in PLOS ONE Journal concluded that the long-term supplementation of Nigella sativa ethanol extract increases insulin secretion, stimulates the glucose uptake, enhances the pancreatic β-cells proliferation in type II diabetic patients. It is reported that the pancreatic β-cells are prone to damage by oxidative stress after exposure to hyperglycemic conditions.

The chemotherapeutic agent cyclophosphamide can affect female fertility by destructing the ovarian follicles and inducing ovarian damage. Ultimately, this leads to infertility in women. Cyclophosphamide induced oxidative damage of the ovarian follicle by increasing the reactive oxygen species (ROS). This alkaline agent destroys the primordial follicle during the early age of women.

Effect of Nigella sativa on oligomenorrhea and amenorrhea in PCOS

Oligomenorrhea and amenorrhea refer to the infrequent and absence of a menstrual cycle, respectively. This might lead to anovulation that results in infertility among young women.

The consumption of Nigella sativa can induce ovulation as well as make the menstrual cycle regular.

A pilot study conducted by the traditional medicine researchers in Iran showed that the regular use of Nigella sativa reduces the risk factors of metabolic syndrome in women near menopause. The phyto-estrogenic effect of Nigella sativa produces effective mechanisms against oligo-amenorrhea in women 5.

Conclusions and our Suggestions

In conclusion, polycystic ovary syndrome (PCOS) is an enigmatic reproductive disorder in young women. Still now, the pathogenesis of PCOS was not fully understood, and there is not an effective treatment for this disorder.

Many conventional medications like oral contraceptives address some unfavorable effects in the host like hyperglycemic conditions. Therefore, holistic approaches like Nigella sativa have proven its effectiveness in polycystic ovarian syndrome (PCOS) among women with no side effects.

Finally, based on several studies' results, it is safer to conclude that PCOS patients should use the Nigella Sativa Oil (black cumin) to ease the symptoms and get the benefit of this magic herb with no side effects.

My suggestion on the proper use of black seed oil

INTERNALLY -  Take 1 to 2 teaspoons of Perfect Press Black Seed Oil with 1 teaspoon of honey (I love Yemeni Sidr the best).  Some websites suggest milk, juice or coffee but these are not prophetic ways to take this and I will revert back to honey.  Honey has also been shown to be helpful in reversing PCOS by the India Times Article.

EXTERNALLY - For acne apply 1/2 teaspoon to your face in an upward massage.  Do this after cleansing well.  Then apply a high quality moisturizer.  For hair loss - apply the oil as needed in areas you are losing your hair.  Leave on for one hour and then shampoo as normal.  Do this once a week.  For the pelvic massage, do the same way we suggest for fibroids.  Massage one teaspoon (approximately to your lower pelvic and stomach area, focusing on the ovaries.  Place a heat pad on top and let the heat work for you for around 20 minutes.  Do this 3 times a week.  You can do this daily if you prefer.

Which Black Cumin OIl Do I Suggest?

I take this question seriously and there is only one oil I suggest.
References