Black Seed Oil and Epilepsy: A Natural
Solution for Seizures

THIS ARTICLE IS COPYRIGHTED FOR NIGELLASATIVACENTER.COM ONLY.  ALL RIGHTS RESERVED.  T
HIS ARTICLE CONTAINS AFFILIATE LINKS I HIGLY RECOMMEND.  PLEASE READ MY DISCLOSURE POLICY.

​PawSoxMom
Although the (name removed) brand of black seed oil helped me with my MS symptoms a lot, with the Perfect Press I noticed it helped significantly more within the first 48 hours after I started taking it. And it tastes a whole lot more palatable as well having a much smoother taste.

It's a tough existence for such folks because many epilepsy drugs come with serious side effects like chronic fatigue, dizziness, and nausea that one might argue are worse than the condition itself. There are also cases of anti-seizure medications causing epilepsy sufferers to become chronically depressed or even mentally deranged, as they've been shown in some cases to provoke thoughts of suicide.

It would seem as though there has to be a better way, and here's the good news: there is! It's known as nigella sativa, or black seed oil, and it's one of the most underrated natural solutions for people who suffer from epilepsy. Black seed oil (also known as black cumin oil) is highly nourishing, completely safe, and for many epilepsy sufferers, the miracle fix they need to live a healthy, normal life. 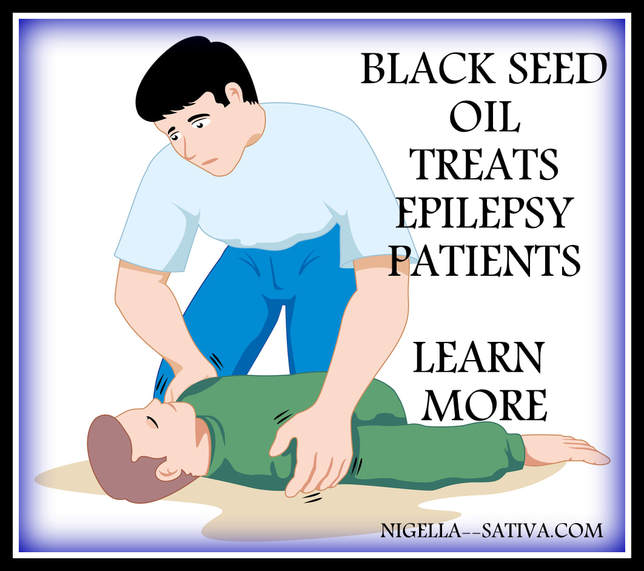 One of the great things about using black seed oil for epilepsy support is that this functional food is backed by a substantial cohort of peer-reviewed science. At least 16 different studies support the use of nigella sativa as a natural anti-epileptic therapy, each revealing unique elements as to its clinical potential in remediating the onset, frequency, and duration of seizure episodes [2].

One of the earliest studies to take a closer look at the use of nigella sativa in potentiating the body's resistance to seizures was published in the journal Phytomedicine back in 2004. Researchers from Iran found that thymoquinone, a key constituent in the plant's seeds, bears powerful anticonvulsant properties that can help people with epilepsy to experience shorter and less severe seizures while protecting against seizure-induced death [3] – findings that were confirmed in a follow-up study conducted a year later [4].

Several years later, another team of researchers, also from Iran, conducted a double-blinded crossover clinical trial on children with refractory epilepsy, which showed that just one month of treatment with black seed oil resulted in substantial decreases in seizure frequency [5]. Similar results were replicated in another Iranian study published roughly four years later, further revealing that the use of black seed oil to treat epilepsy produces no harmful side effects [6].

Turkish researchers took an even closer look at the effects of thymoquinone on the brain in research that was published in the journal Neurosciences in 2016. They evaluated how the black seed oil constituent impacted the brains of epileptic rats, discovering that it significantly increased the latency time to the onset of the first epileptic spike wave. It also decreased both the frequency and amplitude of epileptiform activity, meaning it reduced the overall impact of electrical seizure pulses [7].
Neuroprotective effects of nigella sativa offer comprehensive central nervous system protection

Nigella sativa has similarly been shown in the scientific literature to offer comprehensive protection for the central nervous system. Research published in the journal Neurochemical Research in 2011 found that black seed oil is a powerful antioxidant that helps to reduce and counteract the damaging effects caused by oxidative stress [8]. Free radical damage, it turns out, is strongly associated with the onset and progression of epilepsy [9].

Neurological defects associated with the initiation of epileptic seizures can also be ameliorated through the use of black seed oil. One study that looked at the neuroprotective effects of nigella sativa on amino acid neurotransmitters found that oral intake of the oil helps to increase levels of the amino acids aspartate and glutamate, while decreasing levels of the "downer" neurotransmitter gamma-Aminobutyric acid (GABA), as well as glycine – thus correcting an underlying neurological defect [10].

All of this would explain why many Middle Eastern cultures have for centuries relied upon nigella sativa and its precious seed oil as a functional, healing therapeutic. It's ability to correct imbalances in the central nervous system are well-documented, extending well beyond just epilepsy to chronic pain, neurotoxicity, brain degeneration, and many other damaging health conditions.

"The results of numerous studies have shown that the N. sativa seed exhibits beneficial effects in different central nervous system disorders including memory impairment, epilepsy, and neurotoxicity," concluded one comprehensive review of nigella sativa that was published in the Journal of Toxicology [11].